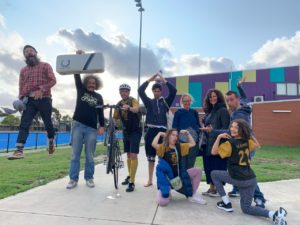 One of the greatest victories of these tight Brown fucs.

Not a sub in sight, so fear not, the Nanna’s didn’t. First half was not our finest. They turned us, they burned us. They got two in the whole hole. We stood in the half time huddle at 0-2 and yet the Nannas were calm and realised we were still in this.

Si was TREMENDOUS. His ability to be the last defensive touch was outstanding. So many times his little toe was in their way. It was a physical affair, played in good spirits and I must say, from my point of view, everyone was smiling. Chassy was using his arms as his clearing zones, sort of like a snow plough, but with arms. The ref, Stan, agreed that it was all above board. Dan was a powerhouse up forward using his old man cunning to outwile those younguns. Tao kept running all games, he was like Rob De Castella without the Commonwealth Games medal around his neck.

After the abominable start I think we got four goals in . It was pretty fine. Then with 5 minutes on the clock they started to press. Their baby legs had all the energy. We were like erotic sloths.  Being extremely conservative in judging when we would run. There were not many times in those last five minutes that we did run, at all. We had no subs. We nearly didn’t make it. There was an absolute avalanche on our goals in the last two minutes and I’m quite sure used my face right on the line to stop their last shot. I think I kissed it off.

special mention to the Nannette’s too. They always provide constant belief in our sort of abilities.

Si saved me and Tao from going to another pub for dinner with his reference to Howler’s asian fusion menu. Howler decided that tonight was BURGERS ONLY. But it was enough, even though our opposition dinned there as well. We were winners that night.